The first time I watched my brother Kiernan BASE jump, I was mesmerized. Jumping off a cliff with a parachute looked like it was the most fun thing in the world, and I was confident that if Kiernan and I had BASE as a common passion, we could begin to heal together.

Military is the Family Business

In November 2006, Kiernan and I were on opposite ends of the world. I was at Combined Arms Exercise (CAX) in Twenty-Nine Palms preparing for another deployment while he was in Al Anbar, beginning combat operations on his first. It was then, after finishing up a day on the sniper range, that I received a call that my brother had been injured and was being medevac’d to Ramstein Air Base — a sobering phrase for any military family of the past 20 years.

After 24 hours with little information, I received word that he was in Germany and stable. Kiernan had been caught in the backblast of a LAW rocket and took the brunt of the cone to the side of his face. He suffered extensive burns, lacerations, fragmentation, broken facial bones, and brain swelling. Relieved that he was likely to survive, I told both my mother and my command that I would make the necessary arrangements to see him.

It was then that I got my first taste of the complexity to come: Kiernan had forcefully requested that he did not want anyone to visit him, specifically his family.

Despite my protests, both my mother and command told me that they would honor his request. With that, I went on my last deployment while Kiernan recovered in Brooke Army Medical Center and Walter Reed Medical Center — the same hospital where I was born. This caused my absence from his entire recovery, and I could already sense a fraying of our relationship.

Being close in age and obsessively competitive, we had always had a strong thread of sibling rivalry between us, but as kids, we had been inseparable. Our parents were both career Coast Guardsmen which involved lots of moving (by our count, we had attended 10 different schools between K – 12). This made developing long-term friendships with classmates or neighborhood kids nearly impossible, but we never felt deprived. We were each other’s best friends and did everything together: GI Joes, sports, college, fraternity, and the United States Marine Corps.

After his injury, however, our rivalry began to mutate into something much darker.

Following that last deployment, I separated from the Marine Corps. I went back to college, while Kiernan successfully fought a medical separation (Med Sep) in order to become a Raider and do a final deployment in the newly established 1st Marine Special Operations Battalion.

In 2010, 3.5 years after his injury and 1.5 years after returning from his final deployment, he called me and said he wanted to transfer to the same college I was attending and live together. I quickly weighed this information as I knew Kiernan was having difficulties in his current living situation, but ultimately, I was elated and told him yes. Up until then, we had been getting along well enough, but attending different universities meant we were spending lots of time apart. I saw this as an excellent opportunity to share the same space, swap stories, laugh, connect, and become close again.

I could not have been more wrong. Within a week of him moving in with me, I was hospitalized, and Kiernan was in handcuffs.

This event marked the beginning of a yearslong deterioration in our relationship, punctuated with further acts of violence against me and threats of violence against himself. Despite the volatility, I continued to look for opportunities to support and be close to him. Nothing worked, not even following him into BASE jumping. His mercurialness and violent tendencies grew in both frequency and severity. Eventually, I wanted to escape what I felt was an impossible situation and began looking for security contracting jobs overseas as I approached the end of my undergraduate studies.

It was while I was preparing to attend the vetting course for a contracting job with the US Department of State that I saw my brother in person for the last time. Our interaction was brief, but I gave him a big bear hug the moment I saw him and held him close for several seconds. Once I released him, I told him that I loved him but that I was going to be gone for a few years and that I thought we needed to spend some time apart. Kiernan did not say anything, but I noticed his eyes well up with tears. Undeterred in my decision to leave, I walked away from him. That moment haunts me and is my greatest regret.

Over the next four years, I lived full-time in Afghanistan, during which Kiernan and I talked sporadically. I congratulated him on graduating undergrad and grad school but otherwise kept my distance. I felt like I was justified in leaving and that I held the moral high ground in insisting Kiernan apologize for his behavior during the previous years before we resumed regularly communicating again. That was the state of our relationship when, in November 2015, 9 years nearly to the day of his injury, that my mother called me again. This time it was to tell me that Kiernan had taken his own life.

To say that I took my brother’s death poorly would be an understatement. Kiernan wasn’t just my brother; he was my lifelong best friend, “external hard drive”, and fellow marine.

The first couple of years following Kiernan’s death was a dangerous time for me. It was the first time I had dealt with that kind of intense sadness and persistent depression and I was grasping at anything and everything I thought would make the pain go away.

Through all of that pain and sadness, the one thing that consistently brought me satisfaction was BASE jumping. During the jumping process, the sport didn’t afford me the opportunity to be distracted by my brother’s death. For each jump, I needed to be fully present in order to focus on checking and packing my gear, make it to the top of an object, judge conditions correctly, and successfully pilot my parachute. BASE jumping gave me something to focus on when everything else was in disarray. This is why my connection to BASE is stronger today than at any time before; it helped me get through the most difficult time in my life.

The fact that my brother inspired me into the sport, and the connection I developed with it in the wake of his death, is why doing 22 BASE jumps as a fundraiser is a perfect way to honor him. During those jumps, I fly his gear and carry his ashes. It’s when I feel most connected to him and has become my way to bring awareness to traumatic brain injuries and veteran suicides. 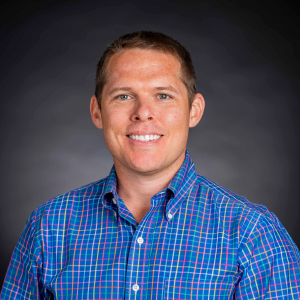 Tristan is a former Marine and security professional turned nonprofit founder, investor, and financial services professional. He is the founder and CEO of 22 Jumps, a 501(c)(3) public charity that combines BASE jumping and fundraising to support the development of durable solutions for traumatic brain injuries (TBIs). Founded in January 2020, Tristan created 22 Jumps to honor his late brother, Kiernan.

This site uses Akismet to reduce spam. Learn how your comment data is processed.

Learning from Supreme Sacrifice: A Sentinel’s Watch Over the Tomb of the Unknown Soldier

VA Nurse Advocates for Veterans Outside of Hospital Setting

The Battlefield is Not the Greatest Threat to Servicemembers

22 Jumps is a registered 501(c)(3) public charity | 22 Jumps℠ is an Unregistered Trademark℠ 22 Jumps, Inc. | Any use of this mark without the express written consent of 22 Jumps is prohibited.

22 Jumps is a registered 501(c)(3) public charity 22 Jumps℠ is an Unregistered Trademark℠ 22 Jumps, Inc. Any use of this mark without the express written consent of 22 Jumps is prohibited.

We use cookies on our website to give you the most relevant experience by remembering your preferences and repeat visits. By clicking “Accept”, you consent to the use of ALL the cookies.
Do not sell my personal information.
Cookie SettingsAccept
Manage consent

This website uses cookies to improve your experience while you navigate through the website. Out of these, the cookies that are categorized as necessary are stored on your browser as they are essential for the working of basic functionalities of the website. We also use third-party cookies that help us analyze and understand how you use this website. These cookies will be stored in your browser only with your consent. You also have the option to opt-out of these cookies. But opting out of some of these cookies may affect your browsing experience.
Necessary Always Enabled
Necessary cookies are absolutely essential for the website to function properly. These cookies ensure basic functionalities and security features of the website, anonymously.
Functional
Functional cookies help to perform certain functionalities like sharing the content of the website on social media platforms, collect feedbacks, and other third-party features.
Performance
Performance cookies are used to understand and analyze the key performance indexes of the website which helps in delivering a better user experience for the visitors.
Analytics
Analytical cookies are used to understand how visitors interact with the website. These cookies help provide information on metrics the number of visitors, bounce rate, traffic source, etc.
Advertisement
Advertisement cookies are used to provide visitors with relevant ads and marketing campaigns. These cookies track visitors across websites and collect information to provide customized ads.
Others
Other uncategorized cookies are those that are being analyzed and have not been classified into a category as yet.
SAVE & ACCEPT